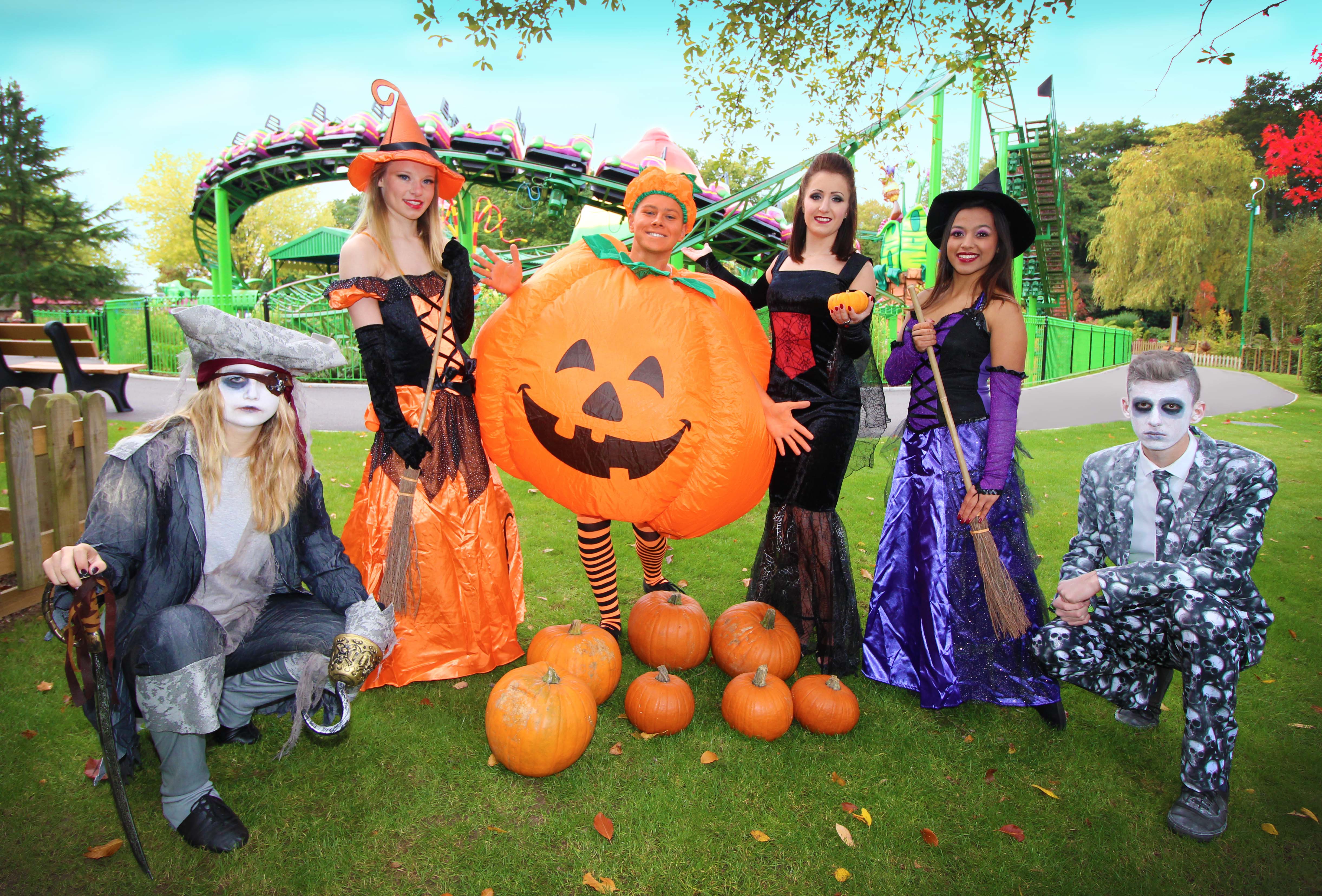 Paultons Park is set to host its family-friendly Halloween event for a second year, with ‘spooktacular’ entertainment on offer to guests visiting throughout the October half term (Saturday 22 – Monday 31 October).

Included within the admission price, the UK’s number one amusement park as voted for by Tripadvisor, will celebrate Halloween with array of frighteningly fun activities for its little visitors, including a Monsters’ Ball, meet and greet and a fancy dress competition.

At intervals throughout the day the Show Stage will host The Little Monsters’ Ball, a daytime dance party that will see monsters dance to ghostly tunes where youngsters can join in with the scary spectacle.

Families will be entertained with spooky meet and greets from magical and mysterious guests, including weird and wonderful witches, vampires and pumpkins, who will be playing tricks on visitors.

It wouldn’t be Halloween without a freaky fancy dress competition, the Hampshire-based park which is home to Peppa Pig World, is encouraging youngsters to wear capes, costumes and an array of face paints for the chance to impress judges and win a prize. The competition will take place on the Show Stage, with judging at 3pm for five years and under and 3.30pm for over five years.

All of the theme park’s rides and attractions are open as usual during this time, so visitors can still enjoy the new rides at Lost Kingdom, adventure across to the Beastie Burrow in Critter Creek and head to the 4D Cinema on Show Street.

For further information about Paultons Park, its Halloween activities and to book tickets online in advance at to save money visit www.paultonspark.co.uk. 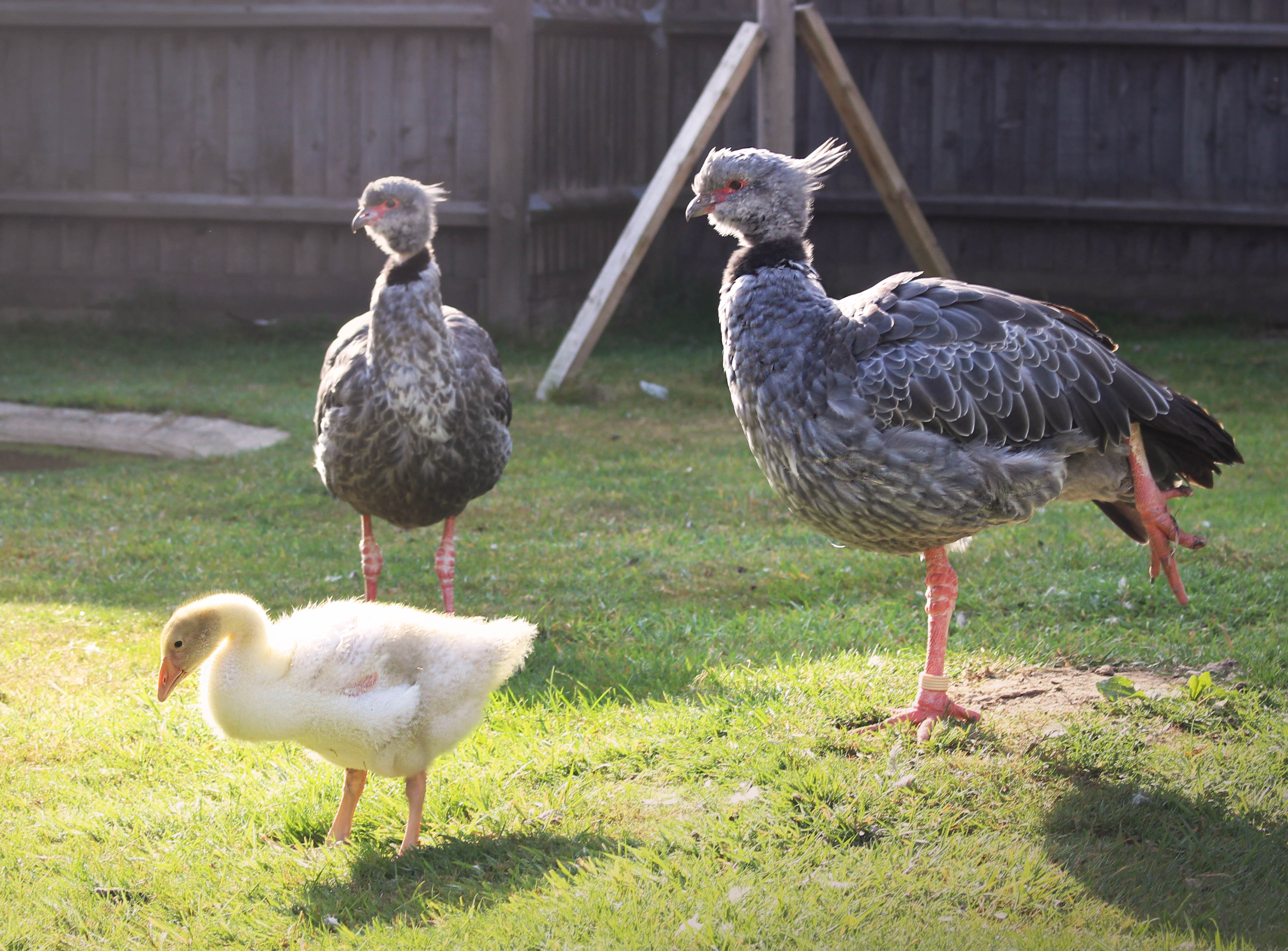 Adopted by its proud Crested Screamer parents, the gosling is the latest arrival at Paultons Park in Hampshire.

The gosling, which hatched on August 7, has emerged from its nest and is being looked after by a pair of Crested Screamers. The Crested Screamers, native to South America, arrived at Paultons in 2004, the male originally from Battersea Children’s Zoo and the female from her home in the Peak District.

Over the years this pair of Crested Screamers has produced a number of chicks. Unfortunately due to the age of the male Screamer, his mate’s eggs were no longer being fertilised, unbeknown to the female who will repeatedly lay a clutch of eggs and sit on them in the hope that one will eventually hatch a chick.

To avoid making her unwell, Paultons substituted two of her eggs for two domestic goose eggs in order for the clutch of eggs to hatch. One of these eggs has hatched successfully and the pair of Crested Screamers are now raising what they believe to be one of their own.

Geoff Masson, livestock manager at Paultons Park, said: “The Screamers are extremely protective towards the gosling and have recently introduced it to the water in their pond.

“The gosling eats the same type of food as the pair of adult Screamers so it was easy to encourage the gosling to start feeding. Their offspring might be a different colour, but it is nevertheless their pride and joy.” 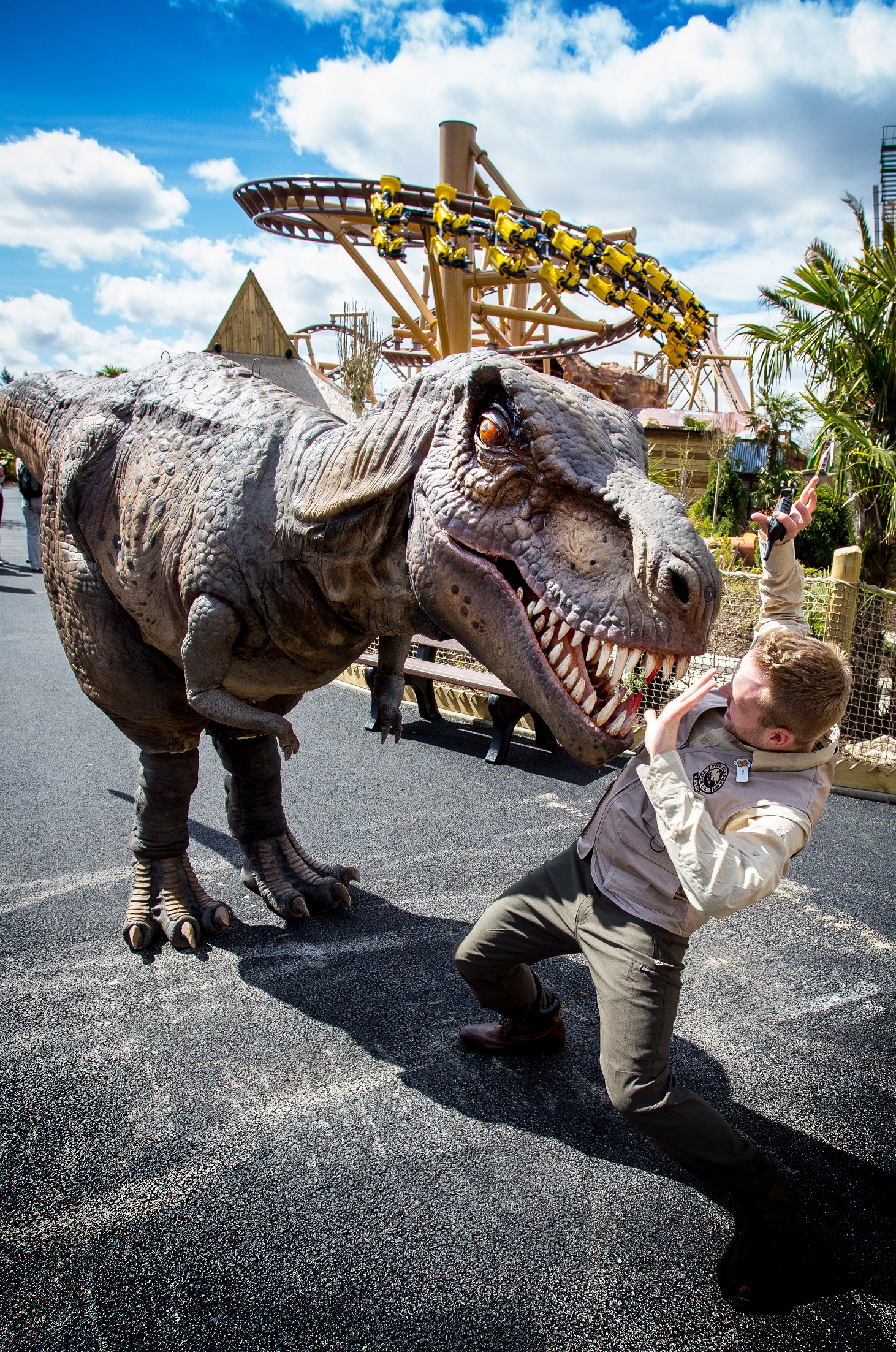 The newly-acclaimed number one theme park, which is home to the renowned Peppa Pig World, was also voted sixth in Europe and 22nd in the world.

The Travellers’ Choice awards honour top travel spots worldwide based on the millions of valuable reviews and opinions from TripAdvisor travellers. Award winners were determined using an algorithm that took into account the quantity and quality of reviews for amusement parks worldwide, gathered over a 12-month period.

The accolade is a fantastic achievement for Paultons Park and adds to the continued success for the Hampshire-based theme park, which this year opened its new £9m attraction, Lost Kingdom.
This new dinosaur theme park world is set within four acres of Jurassic landscape with a whole host of dinosaur themed rides including two world-class family rollercoasters: Flight of the Pterosaur and Velociraptor.

Commenting on the award win, Richard Mancey, managing director of Paultons Park said: “We are thrilled to have been named the UK’s number one TripAdvisor Travellers’ Choice Awards for Amusement Parks. This is a huge achievement and testament that the quality of Paultons Park as a family attraction is translating into so many positive reviews. We aim to offer our families a memorable experience and to also be recognised as sixth in Europe and 22nd in the world is fantastic. Since introducing Peppa Pig World to Paultons Park, we welcome more than one million guests a year and with the introduction of our new Jurassic-themed attraction, Lost Kingdom, we look forward to welcoming more visitors from further afield.  The fact the award has been won through the positive responses of the public makes this an even bigger achievement which the team are very proud of.”

For further information on Paultons Park, including a calendar of opening times and to book tickets online visit: www.paultonspark.co.uk. 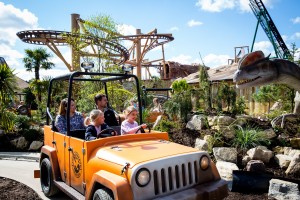 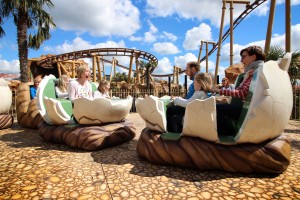 Get spooked at Paultons Park this half term

Paultons Park is set for spooky goings on this half term with haunted happenings occurring across the family theme park.

Between October 24 and November 1, The Show Stage will host The Little Monsters’ Ball at intervals throughout the day. The daytime dance party will see an array of monsters dance to spooky tunes at 12.30pm, 2.30pm and 4pm, and youngsters can join in the fright with their own creepy costumes.

Following the show, families will be treated to a Spooky Meet and Greet from magical and mysterious guests, including weird and wonderful witches, vampires and pumpkins, who will be handing out sweet treats and playing tricks on visitors.

These scary spectacles will be taking place during the autumn half term and are included in the regular admission price. All of the theme park’s rides and attractions are open as usual during this time, so visitors can still adventure across to the Beastie Burrow in Critter Creek, head to the 4D Cinema on Show Street or explore Peppa Pig World.

For further information about Paultons Park, its spook-tacular half term activities, and to book tickets online in advance at to save money visit www.paultonspark.co.uk.

The magic of Christmas is set to arrive early at Paultons Park in Hampshire, as the family theme park; home to the world’s first and UK exclusive Peppa Pig World, will be will be transformed into a sparkling wonderland of twinkling illuminations, seasonal music and giant Christmas trees.

From Saturday November 14, parents are invited to treat their kids to a visit to Santa’s Christmas Wonderland and to meet Santa and his singing reindeer, Rudolph and Donner. Along the way, children will see the elves, working hard in the Santa Claus Toy Factory and Peppa Pig and George in their winter scarves, hats and coats.

After receiving a special present from Santa in his grotto, children can also visit the Park’s state-of-the-art 4D Show Street Cinema and join the adventures of Mumble the penguin in the Happy Feet 4D experience

What’s more, the recently opened Critter Creek – a land of creepy crawly creatures will be open for children to enjoy the Cat-O-Pillar rollercoaster, Expedition Express and Beastie Burrow.

All visits must be pre-booked. Selected Paultons Park rides will not be open for Santa’s Christmas Wonderland please check https://paultonspark.co.uk/attractions/christmas-wonderland-peppapigworld/  for further details and opening times.