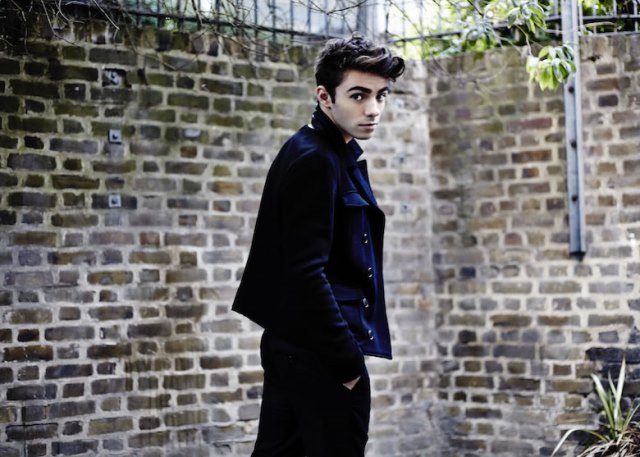 Nathan Sykes and X-Factor finalist Andrea Faustini will be performing at the Gunwharf Quays free Fireworks Spectacular on Friday 13November.

Nathan Sykes will unleash his own brand of infectious pop when he performs his debut hit, ‘Kiss Me Quick’ and new single ‘Over And Over Again’.

Andrea, who launched his debut album in July, will be entertaining the crowds performing tracks from his new album, ‘Kelly’, including his musical tour-de-force, ‘I Didn’t Know My Own Strength’.

From 6pm, Wave 105’s popular breakfast presenter Steve Power will host the evening extravaganza of family-friendly entertainment on the waterfront.  Steve said: “Every year the Gunwharf Quays Fireworks extravaganza gets bigger and bigger. This year we are excited to be bringing two extremely popular and memorable live acts – both of whom aren’t strangers to entertaining and captivating big crowds.”

The evening will also see Gunwharf Quays brand partners open late until 9pm, with a wide range of stores and restaurants offering discounts as well as fresh beverages and food, including mulled cider on the patio at Carluccios and Italian toffee apples available at Jamie’s Italian.

Wave 105 commercial director, Jon Brooks, added: “We are extremely proud to be working with Gunwharf Quays once again on this amazing event which never fails to entertain visitors year after year. The musical stars on the Wave 105 stage together with our popular host Steve Power will add superb entertainment to the evening, on top of the now famous firework display.”

Colin Wilding, general  manager at Gunwharf Quays, comments: “The coming together of live music, family entertainment, spectacular fireworks and extraordinary shopping offers continues to make our fireworks event suitable for everyone. We look forward to putting on a brilliant show!” 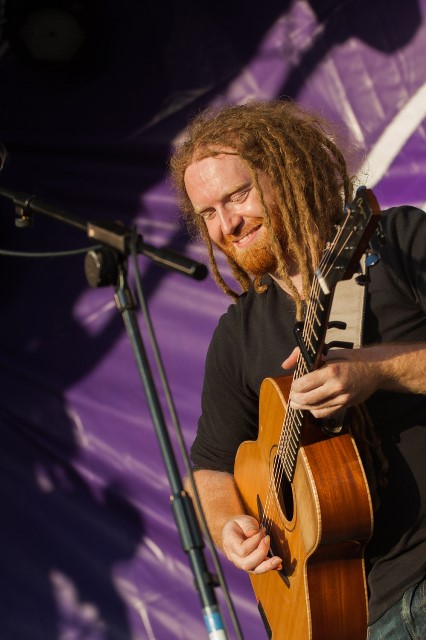 Double Platinum selling singer Newton Faulkner caught up with Wave 105 presenter Andy Jackson ahead of his gig at the Old Fire Station, Bournemouth on Sunday November 22.

The singer spoke to Andy about ditching his dreadlocks in the name of art – Newton cuts them off himself in his new music video to signify shedding the old and opening a new chapter with the launch of his new album Human Love.

The star tells Andy about making the chop: “You cannot mess that up, it was the most ridiculously stressful shoot I have ever done!”

Mixed by Cenzo Townshend (The Maccabees, Jungle and George Ezra,) Human Love continues the singers penchant for covers; his version of Massive Attack’s Teardrop on his debut album was launched to much critical acclaim.

In total, Newton has chalked up four Top 10 selling albums, including 2007’s Hand Built By Robots and Write In On Your Skin in 2012.

To listen to the interview in full or for more information on future celebrity interviews, please visit www.wave105.com.

X Factor winner 2014 Ben Haenow dropped by the Wave 105 studios to chat to Andy Jackson about the launch of his new single ‘Second Hand Heart’.

Ben explained to Andy how he has joined forces with the Grammy Award winning singer Kelly Clarkson on the song: “The idea of a feature wasn’t on the cards at first but when I heard the vocals on it I was blown away as it gave the song a whole new dimension. Especially having Kelly Clarkson too. It’s incredible. Her voice is insane. I instantly knew this was the first single.”

With Simon Cowell as his mentor on last year’s X Factor, Ben’s renditions of ‘Jealous Guy’, ‘Highway to Hell’ and ‘Man in the Mirror’ saw him win the show by a landslide. Not only did his first single ‘Something I Need’ make the prestigious position as the Christmas number one, it also achieved platinum status as the second fastest selling single of the year.

The singer’s self-titled debut album is due out 13th November.

Strictly Come Dancing star and singer Peter Andre caught up with Wave 105 presenter Andy Jackson ahead of his gig at the Bournemouth International Centre for his 2016 ‘Come Swing with Me’ tour.

The singer spoke about his renewed energy for the upcoming Strictly performances and the uncertainty of success when dancing in the BBC show, together with trying to fit in rehearsals in between other activities.

Talking about his new album, Come Fly With Me, Peter said: “When I turned 40, I completely changed my style. Warner Brothers came along and offered me a deal saying: ‘It’s Frank Sinatra’s 100th birthday and people all over the world are paying homage to him. We’ll give you access to a whole heap of musicians, do you want to do it?’ What I love about it is that we have up to 30 musicians on each track so it’s all live.”

Peter revealed to Andy that he has recorded a swing version of his hit song, ‘mysterious girl’ to treat his fan base.  He also spoke of how he hopes to return as the presenter on the popular TV show ’60 Minute Makeovers’ in 2016.

The star will be drawing from his recent Strictly experiences to incorporate elements of dance into his new tour performances when he performs songs from his new album at the Bournemouth International Centre on Thursday 17 March 2016.

To listen to the interview in full or for more information on future celebrity interviews, please visit www.wave105.com.

The Wave 105 Cash for Kids team is thrilled to announce that £38,541 has been raised through its annual charity auction – the most successful auction to date.

Through its charity auctions and other activities organised by Wave 105 Cash for Kids, over two million pounds has been raised in donations and gifts in kind since 2008.

Now in its sixth year, the 2015 auction was open online for one week and people had the opportunity to place their bids on many ‘money can’t buy’ and ‘unique experience’ prizes. The bidding culminated on Wave 105, Thursday October 8 at hourly intervals throughout the day.

Businesses from across the region were extremely generous with their lots which included spa treat days, hotel breaks, a chef experience, holidays and unique gifts to name just a few.

One lucky bidder has purchased the opportunity to sit in on the Wave 105 Steve Power at breakfast show, followed by breakfast with the host himself.

Wave 105 Cash for Kids charity manager, Gloria Hill, said: “We are totally overwhelmed by the amount raised through this year’s auction. Every year we hope that we’ll be able to beat the previous year’s target, so we’re thrilled to announce that we have done so once more.

“Our auction wouldn’t be possible without the support of local businesses who kindly donate auction items to us. It was a pleasure to welcome some familiar faces who donate gifts to us year upon year, as well as to some new companies that have come on board for the first time. Also, thanks go to everyone who took part in the lead-up and on the day of the auction. Their money will enable us to continue our work with disadvantaged children across the south.”

For more information about Wave 105 Cash for Kids, upcoming events, or other ways to get involved with fundraising please visit: www.wave105.com/charity/