Wave 105 welcomed aboard Bournemouth 7’s Festival as an official media partner for the sixth year running.

The sports and music festival is teaming up with the south’s leading radio station to launch a brand new family day which takes place on Sunday May 29 during this year’s festival (Friday 27 to Sunday 29 May).
END_OF_DOCUMENT_TOKEN_TO_BE_REPLACED 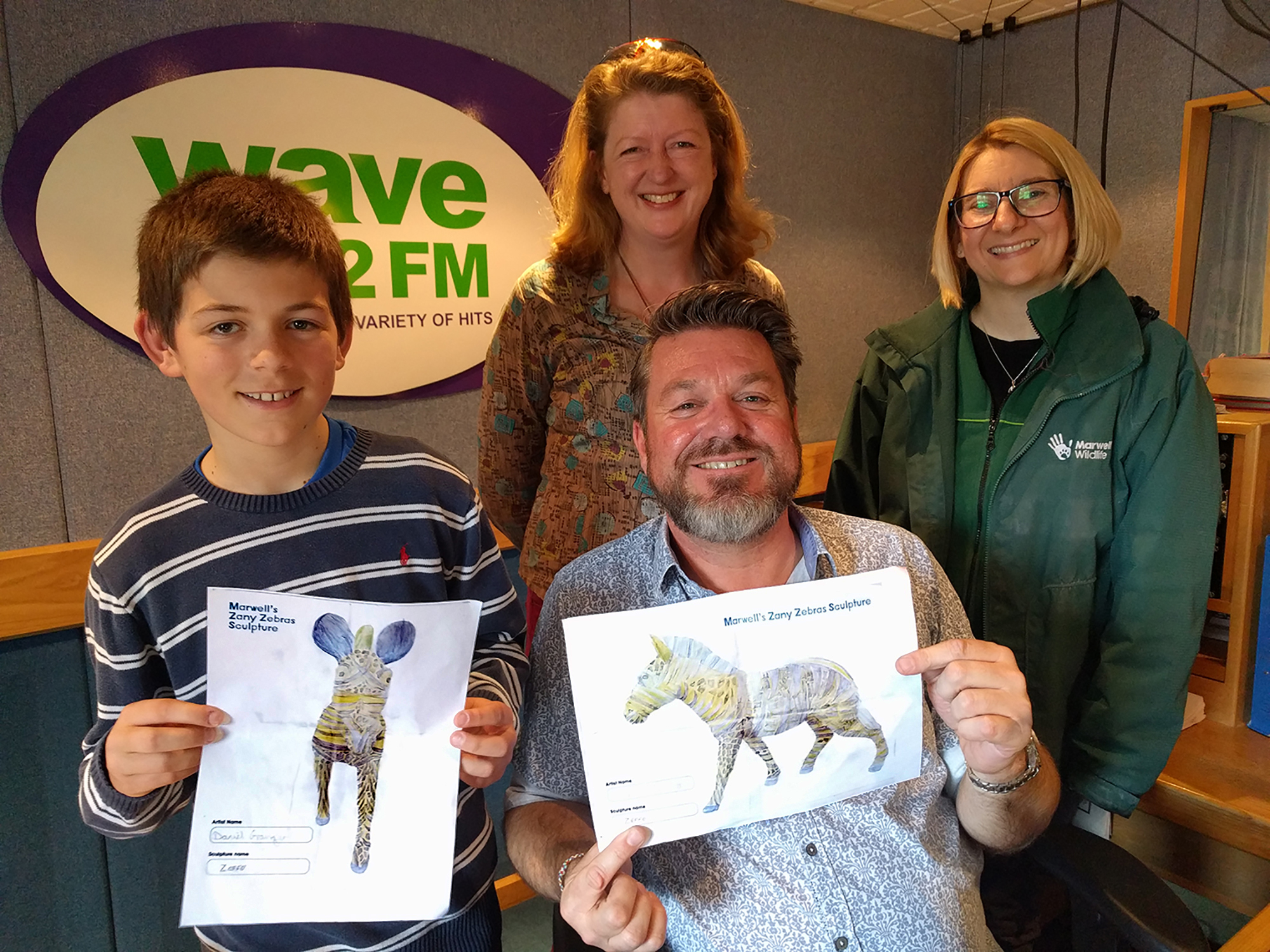 The votes are in for Wave 105’s zaniest zebra!

Hundreds of Wave 105 listeners have been voting for the zaniest design to decorate one of Marwell Zoo’s zebra sculptures going on display with its herd this summer.

Organised by the team behind Go! Rhinos in 2013, the free family event, Marwell’s Zany Zebras, will see a zeal of brightly coloured and uniquely designed Grevy’s zebra sculptures stampeding the streets of Southampton for 10 weeks from Saturday July 16.

Three designs were shortlisted from those sent into the radio station and hundreds voted online for the winning design, Zeffe, by 12-year-old Daniel Granger from Lymington. Daniel was inspired to enter the design competition after seeing a decorated rhino on display at his brother’s school. A mixture of giraffe and zebra with hints of Wave 105 colours, Daniel’s winning design will be realised by professional artist Sally Goodden, who will be joining other artists in the public painting space in the Marlands Shopping Centre to create the colourful sculptures.

Wave 105 commercial director, Jon Brooks, said: “We are delighted that Daniel’s design will be joining the zeal of Marwell’s Zany Zebras to create memorable street art for the public to enjoy. It is a wonderful event to be involved with, bringing art and animals to hundreds of thousands.”

One hundred of the region’s schools and youth groups have been designing and decorating their own small sculptures as part of the Marwell’s Zany Zebras Education programme that will feature on the trail in Southampton too.

The large, decorated zebra sculptures will be sold at auction after the event to raise money for Marwell’s conservation work with endangered Grevy’s zebras, amongst other wildlife and communities.

Those interested in finding out more about the event are invited to go to www.wave105.com. 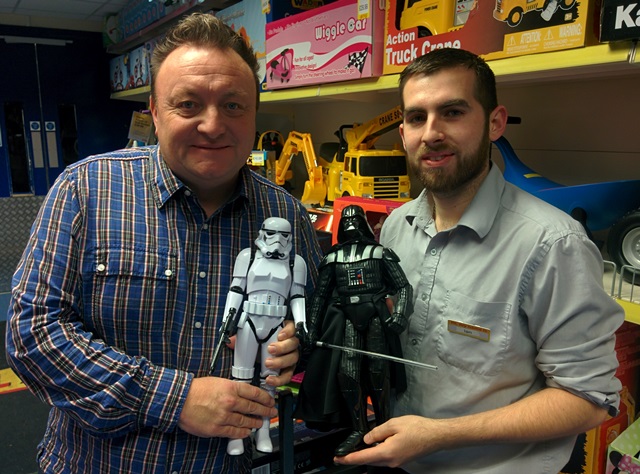 Hundreds of presents have been flooding in to support Wave 105’s Mission Christmas 2015 campaign which will ensure as many children as possible across the south will get a gift this festive season.

The annual Mission Christmas toy appeal is a scheme which looks to deliver presents to those youngsters in the south who are living in poverty and who would not normally receive a gift at Christmas.  Ahead of the December 13 deadline for dropping off gifts, Wave 105 presenters will be going out in force to broadcast live from several Sainsbury’s locations across the region to remind people that there is still time to donate new and unwrapped gifts.

In the Wave 105 listener region there are 64,000 children living in poverty and supporters of the campaign are able to drop their gifts off at various Sainsbury’s stores across Dorset, Hampshire, the Isle of Wight and West Sussex.  Plus, this year charitable gift givers can opt to donate online using the Doddle parcel service by selecting ‘Mission Christmas Doddle Southampton’ as the delivery address for their parcels. The new gifts will be delivered to the Doddle parcel store and collected by Pickfords for distribution.

Wave 105 Cash for Kids charity manager, Gloria Hill, said: “Christmas is traditionally a wonderful time for families and friends to come together and share gifts, but it’s not a time enjoyed by everyone. There are some children that for whatever reason do not receive any gifts.

“There is still time for people to show support for our campaign and we wish to thank our amazing sponsors – Foresters the Financial Services Provider, David Gale the Specialist Orthodontic Referral Centre, Sainsbury’s, Pickfords and Doddle – who are helping us to fulfil our aim of providing thousands of gifts to local disadvantaged children.”

Visit wave105.com/missionchristmas to find out more about the scheme. 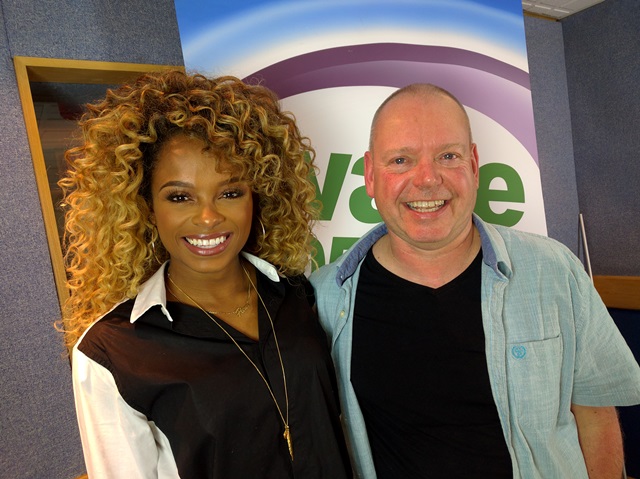 The singer spoke about her new single ‘Sax’ which has entered the charts at number three, along with the use of her music in adverts for a leading supermarket chain. Fleur also talked to Andy about her life before X Factor and her first appearance on the show as part of female group ‘Addictive Ladies’, before returning to become a finalist alongside 2014 winner, Ben Haenow.

Speaking about her experiences on the ITV hit show, Fleur said: “The X-Factor was bigger and better than when I did it the first time. Simon said to me: ‘Gosh Fleur, I looked back at the tapes of your first audition and the show looks so old’. Simon signed me after the show and he’s overseen the whole project. His opinion means a lot to me and it’s highly valued within the industry.”

Fleur revealed her musical influences include Michael Jackson, Simply Red, George Michael and Van Morrison and talked about the varied ways in which she approaches song writing.

Commenting on her album, Fleur added: “The album is up-tempo and uplifting, its high energy. It’s the perfect album to play before a night out – it’s constant party vibes.

“I want my music to be heard by as many people all over the world as possible. The pinnacle for me would be a world tour – then I would be really pleased.”

To listen to the interview in full or for more information on future celebrity interviews, please visit www.wave105.com 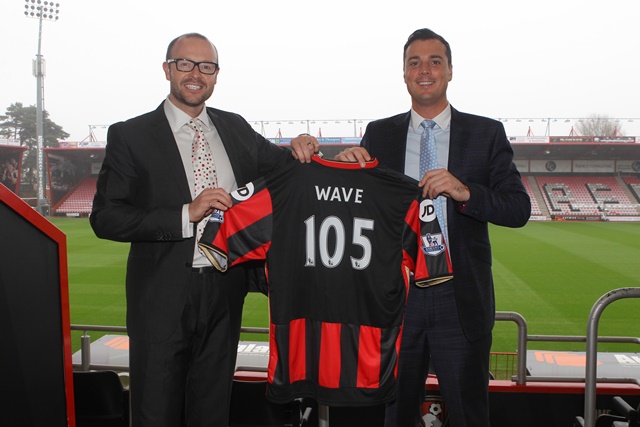 AFC Bournemouth has announced Wave 105 as its official commercial radio supporter for the sixth season running.

The Premier League club has chosen the south coast radio station, owned by media giant Bauer, to keep the lines of communication open with regional fans and help the Dorset football team strengthen its bonds with the local community.

Commercial director at AFC Bournemouth, Rob Mitchell, said: “We are delighted to be continuing our work with the south’s leading radio station for the sixth season. Our partnership with Wave 105 helps the club to connect with our community on a grass roots level and we are looking forward to strengthening these ties over the coming year.”

As with previous years, Wave 105 will be offering listeners exclusive ticket giveaways for select AFC Bournemouth home games throughout the season, in addition to other promotional opportunities.

Jon Brooks, commercial director at Wave 105 said: “It is hugely important to the station to maintain the partnership with AFC Bournemouth. Not only does our involvement allow us to truly serve the communities we broadcast to by keeping the fans up-to-date on the latest developments with their team, we can also help to raise the profile of the club to a regional audience both on and offline.”