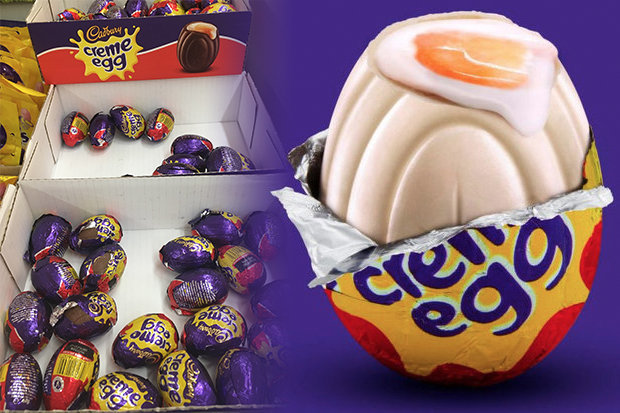 As Christmas is now a distant memory and the long dark days are finally starting to get lighter, spring is on the way and it’s time to start getting…egg-cited for Easter!

One of Liz Lean PR’s favourite campaigns of 2018…so far, is the Cadbury: Creme Egg hunt.

If you haven’t already heard, Cadbury has recently launched a new campaign involving a limited number of white chocolate eggs up for grabs in Sainsbury’s Local, Tesco Express, Co-op stores and selected local newsagents.  These tasty treats will be available until Easter Sunday (April 1). There are 371 white eggs available, which are currently on the shelves disguised as classic Creme Eggs…so yes, unfortunately finding one is all down to pure luck, but at least you get to eat a lot of Creme Eggs in the process.

So why is this one of our favourite stunts of this year so far?

Well, aside from bringing Willy Wonka and the Chocolate Factory to life, we believe this delicious integrated campaign has used offline and online avenues perfectly to ensure there is a Creme Egg frenzy around the country.

Firstly, following last year’s £4m ‘hunting season’ campaign, it’s great to see the comedic Creme Egg super fan, James, return with his Creme Egg Hunting Lodge on wheels, chasing down the first Creme Egg delivery. According to You Gov, since the TV ad was distributed earlier this year, Cadbury: Creme Egg’s word of mouth score has increased from +4 to +15, demonstrating how beneficial a comical advert can be in assisting the success of a campaign.

To support the ad, Cadbury has also created a pop-up woodland camp in London’s Shoreditch, which will not only include the limited edition white eggs (with no prizes attached we’re afraid), but also Creme Egg-themed treats and drinks such as cookies, waffles and toasted sandwiches. The pop-up attraction with proceeds going to The Prince’s Trust charity, runs until Sunday 18 February and has a capacity for up to 4,000 people. 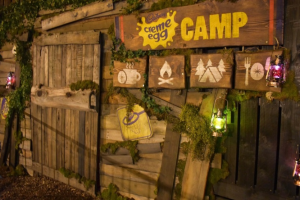 In conjunction with the TV ad and pop-up experience, the chocolate brand has also generated a social buzz about the desirable white eggs. By using clever visuals and short video clips, the online campaign is fun, quirky and engaging. It is no surprise thousands of people have got involved and supported the hashtag, #CremeEggHuntingSeason, in the hope they will be one of the lucky winners.

It's hunting season! Spot an unwrapped White Creme Egg in the video, snap it, then post the pic below to be in with a chance to win! T&Cs apply: https://t.co/FkbjfRwWfo #CremeEggHuntingSeason pic.twitter.com/BAjy25nH3w

Easter bonnets off to Cadbury, this eggs-traordinary integrated campaign  is receiving a substantial amount of national media attention (Telegraph, The Sun), providing us chocoholics with all the more reason to go on a hunt for chocolate and will most likely be eggs-tremely useful in helping to achieve Cadbury’s main objective of increasing sales earlier in the season, and around the holidays.