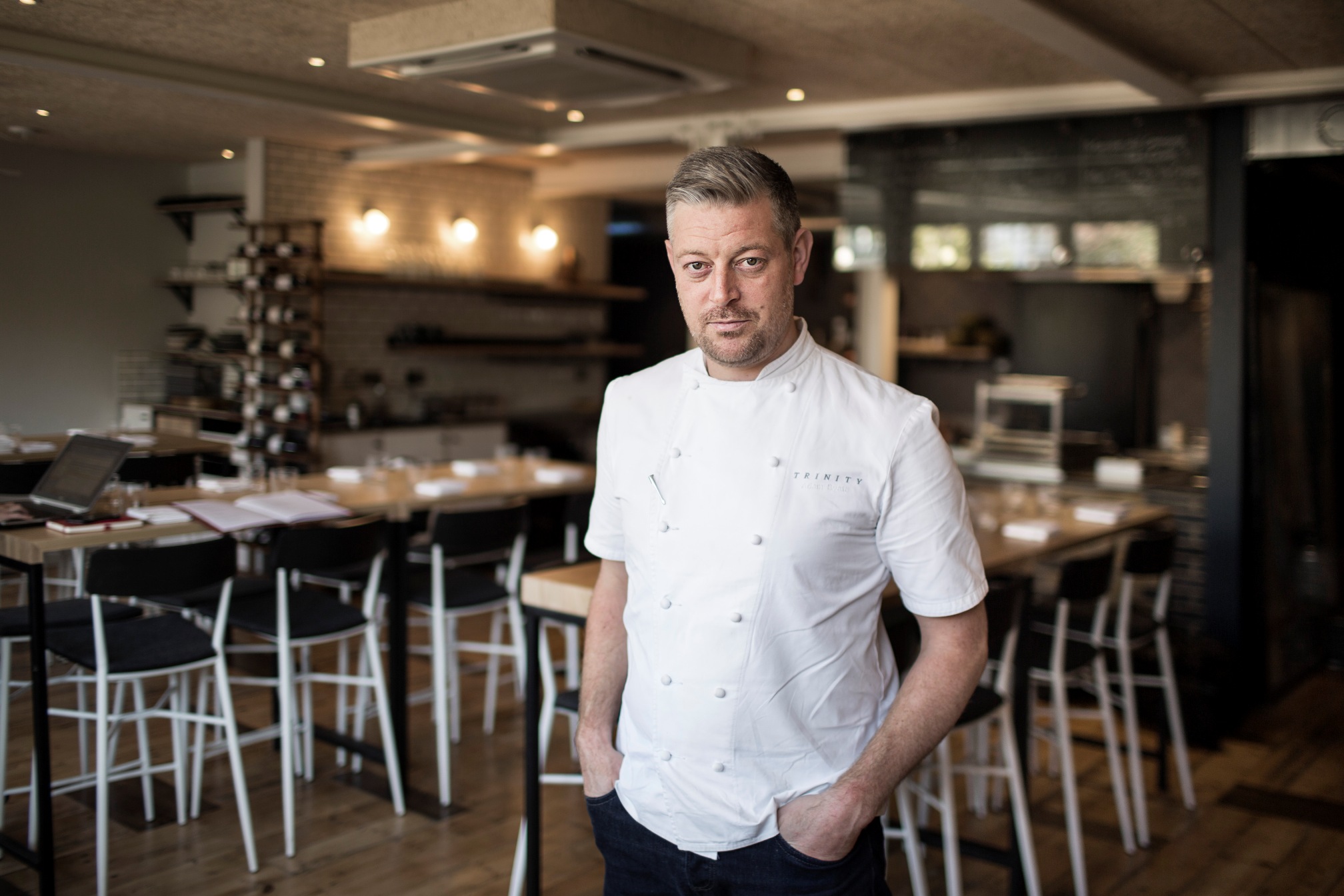 A graduate of The Bournemouth & Poole College’s specialised chef scholarship is the first to be awarded a Michelin Star, recognised globally as an Oscar of the culinary world. Trinity restaurant, a longstanding neighbourhood favourite based in the heart of Clapham Old Town and headed up by chef, restaurateur and Bournemouth & Poole College alumnus, Adam Byatt, has been awarded a coveted Michelin star just one month shy of its 10th anniversary.

Adam Byatt first introduced his seasonal, sustainable philosophy with the opening of Thyme in 2004. Having achieved both local and critical success with his first owned restaurant, Adam returned to Clapham Old Town with the opening of Trinity in 2006. Following from the success of Trinity, Adam opened Bistro Union in 2011, and has recently overseen the hugely successful launch of his newest venture, Upstairs, a 2016 Bib Gourmand recipient.
First leaving home at the age of 16 to embark on his culinary career, Adam completed a coveted apprenticeship at Claridge’s, where under the teaching of John Williams MBE, he completed his Royal Academy of Culinary Arts apprenticeship, before moving on to work with Phil Howard at The Square.

‘‘We are also delighted to hear that The Ritz London, home to five generations of specialised chefs, has been awarded a Michelin Star.’’

The Bournemouth & Poole College and the Royal Academy of Culinary Arts in partnership with the Teflon Diamond Standard Awards, are currently offering aspiring young chefs the chance to win a place on the specialised chef scholarship for September 2017.

The awards have two categories, ‘Keen Young Cooks’ open to those aged 13-16 and also the category ‘Aspiring Student Chefs’ for 16-19 year olds.

Entries close on Tuesday November 1st and regional champions will then be invited by a team of judges including celebrity chef Lesley Waters, to attend the Waitrose Cookery School in London for a national cook-off on Wednesday January 25th 2017.