Robin Hutson’s extraordinary impact on the hospitality industry earned him an OBE in 2022’s New Year’s Honours, being part of one of the country’s most impactful family hotel chains.

With Judy Hutson alongside bringing an influential eye for design, and son Ollie Hutson’s mastery of a quality kitchen garden, this family’s clearly well-versed in combining their extraordinary skills.

The trio join us on It Runs In The Family to discuss their approach to viewing the team as a huge extended family, how they come together in times of hardship, retaining their family values through any business structure, and so much more! 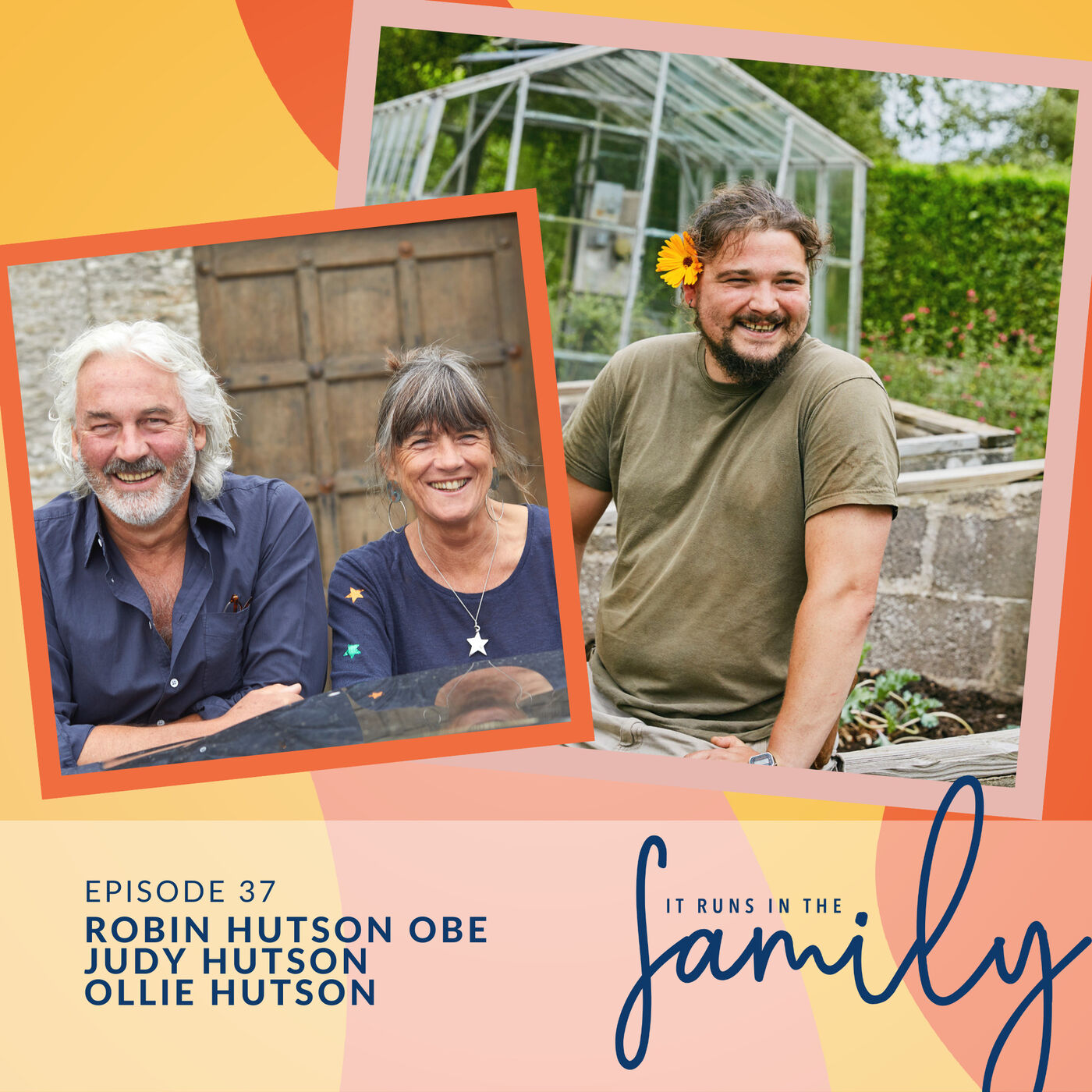 “When we first opened The Pig in 2011, Ollie will tell you, he went to agricultural college and was in between jobs, shall we say. He started helping us out in the gardens there at the first Pig in brockenhurst. Unbeknown to us, the general manager there offered him a full time job, and the rest is history, really.” – 2:30 – Robin Hutson

“I had been working as a community occupational therapist in latter years, my main specialism was short term acute psychiatry. I’d become disillusioned so the move to Winchester actually created a time for me to change profession. I don’t call myself being an interior designer ‘Professional’. It’s more suck it and see – I’m not trained.” – 7:30 – Judy Hutson

“If we’ve got a family event and 5 minutes before one of us says something’s just come up and we can’t make it, it’s easier – we all just understand that these things happen. So I think it probably gives us a better understanding of different levels of flexibility.” – 14:30 – Ollie Hutson

“We try to have integrity about all the different areas. So whether it’s the kitchen garden, or anywhere else, we try not to just pay lip service to it. We try to put the right level of resources and so on behind it.” – 23:15 – Robin Hutson

“We employ about 1000 people within The Pig hotels at the moment. It sounds kind of corny, I guess, but we do consider them extended family and try to treat them like that. To a large extent, that’s at the roots of our culture.” – 25:10 – Robin Hutson

“I challenge my dad in my own way. There’s probably not many of the senior management group who will turn around to the man and say, ‘You’re being a dick’, that’s literally what I say! He probably does get a unique personalised perspective from me. I try to exercise discretion as well as being the barometer – it’s just about finding that balance.” – 37:15 – Ollie Hutson

“We didn’t have a night porter when we started Hotel du Vin, so Gerard and I, having spent probably 18 hours in the hotel, would take it in turns to sleep on the sofa to provide cover at night, which was pretty brutal.” – 54:50 – Robin Hutson

“I still have the same passion for what I do now as I had at the beginning. So I wouldn’t change anything about my journey, I’m just excited for the next step.” – 56:40 – Judy Hutson