Motivations for entrepreneurs come in many different forms, but one of the most pertinent is that of helping the environment, and The Scottish Bee Company’s partners in business and marriage are a perfect example.

Coming from completely different industries, they’ve grown the startup from its inception in 2017, and grappled with the challenges of hiring, juggling parenthood & startup life, and the heart-warming pride that the Co-Founders have in each other’s unique skill sets. 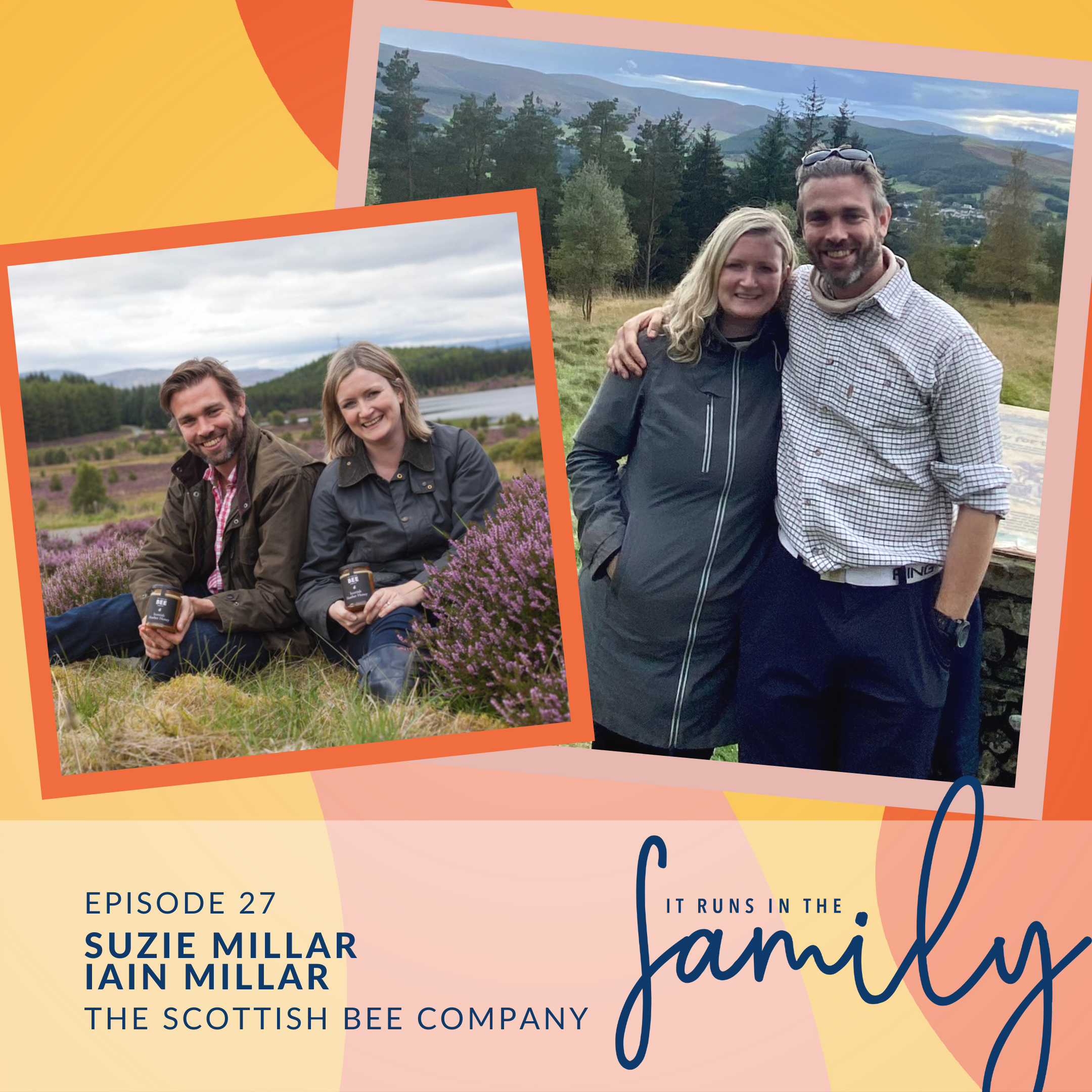 “With the naivety and uncertainty of fools, we’ve just dealt with the consequences as they unraveled over the next few years. I think the actual decision to do it wasn’t difficult in any way, because I think we were just really confident that we knew what we wanted, we had this vision and saw it together.” – 5:35 – Suzie & Iain Millar

“We started reading more and more into what we could do to help the environment and it always came back to bees, and how every single part of the environment was so dependent on bees. So then it just was like, ‘Right, we want to do something about this!’” – 14:45 – Suzie Millar

“We’re a business of 10 people or so, and can’t afford to have silos where people are stuck in their own little departments. That’s crackers from a business point of view. So in terms of staff churn in terms of communication, you don’t want someone in a role doing something you don’t want to do, fundamentally.” – 33:25 – Iain Millar

“I really feared in the beginning that working with family members would make us a bit more distant from each other, because we would only ever talk business. But that’s not really the way that it’s worked out. We’ve definitely become closer to all the family members that work there.” – 45:55 – Suzie Millar

“Suzie has a real natural ability for stuff that isn’t natural. She will sit down and learn incredibly complicated processes, which she’s never had to deal with in her professional life, which is mostly sort of patient facing work, and just be able to do them. It is quite astonishing to watch someone just turn up and immediately understand how to do a thing which has taken people decades of training to understand. It’s inspiring to watch.” – 48:40 – Iain Millar

“I think some of the things that we’ve done wrong have been essential to be able to make us realise that we wouldn’t have done it that way. But I don’t think I would have changed that because I needed that for the learning process.” – 55:40 – Suzie Millar