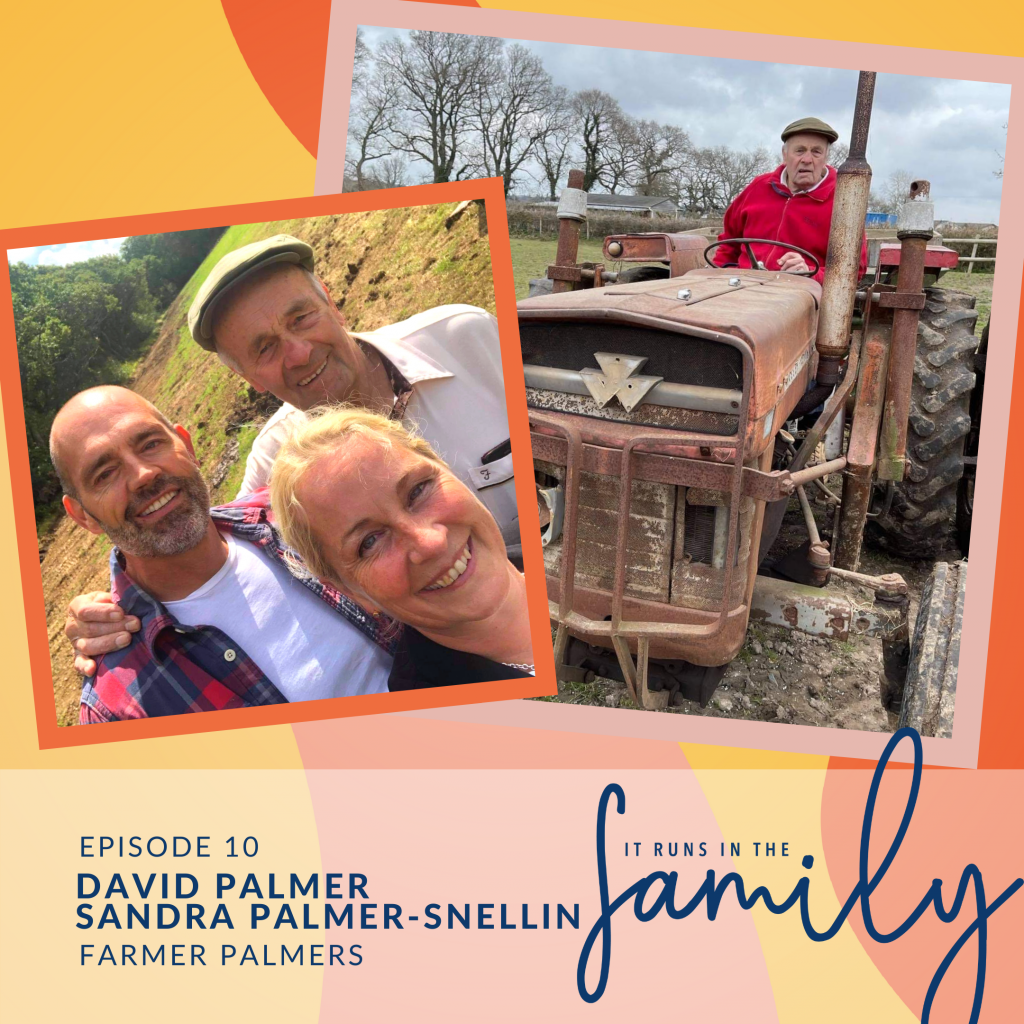 Anyone growing up in and around the Dorset area will be familiar with the magic of Farmer Palmers Farm Park, which has hosted so many eager families, so it’s a real treat to sit down with the family behind the legendary local landmark.

Evolving from a farm to a farm park is a shift that helped put Farmer Palmers on the map, and there’s an illustrious history behind the land inherited by David Palmer and run by Sandra Palmer-Snellin with her brother Phillip.

Being a farmer takes an unparalleled ability to be a master of many professions, and as a farm park they’ve overcome massive hardship from COVID-19 to Foot & Mouth disease and so much in between. Find out on this episode how David, Sandra and Phillip passionately crafted their loving farm and successful attraction.

“I left school at 15 because my father said ‘You can leave at 15 if you come home from work, or you stay at school till you’re 16, so I took the early out. I was out, but I had to come home and go on a bread round. Because her father had a small farm, a bakery shop, post office, the whole center of the village. He was quite an entrepreneur.” – 1:25 – David Palmer

“There’s so many things to farming that you look at one man, like any job, and realise that actually they have got a whole host of professions tucked up their sleeve.” – 12:40 – Sandra Palmer

“Our silage pit had been up for 3 years, which is now our restaurant. But all the big concrete panels, which are 20ft long and 8ft high, and really heavy – we had a crane there one morning because I sold them. We put the chain on, the crane started to lift it, and the chain slipped off. The whole concrete slab came down, and if I’d been 2ft that way, I would have been flat as a pancake.” – 20:15 – David Palmer

“With everybody, we’re now learning that you farm out to skilled people, things that you need done a certain way. But I think we’ve probably spent the last 20 years trying to do it all ourselves.” – 26:15 – Sandra Palmer

“We’re learning that the old adage of multitasking is great, which is what we all have to do, women especially when they’ve got kids. But we’re now starting to get to the point when our kids are growing up and going, ‘Actually, all that multitasking is just really tiring, it’s quite exhausting. It’s nice to be able to focus on one or two tasks at a time!’” – 35:15 – Sandra Palmer

“When we’re talking to people sometimes and they don’t like the change we’ve made, how it impacts them, I totally understand the customer perspective because customers have had it really hard too. But when you explain the honesty of what you’ve now got to deal with, they’re amazing.” – 45:45 – Sandra Palmer

“Sheep are a bit stupid. People say in farming that sheep have got a bit of a death wish. So if they can get themselves in the tiniest gap behind the fence, and then wait to be rescued, they will.” – 59:15 – Sandra Palmer

“One of the very important points is that all the team are happy doing their job. I was talking to a contractor only 2 or 3 nights ago. He said, ‘One of my men walked out yesterday, he’d had enough. There’s another one chucked in his notice. Back in the winter, or spring, when it was raining, I kept them for three weeks on full pay, when we did hardly anything, but now the weather’s here they’re gone’. They, in my opinion, had no interest in the job.” – 1:04:20 – David Palmer