Outdoor adventure and playtime is an essential element to any child’s development, so a natural passion for play should be a core value for any outdoor play manufacturer. Such a passion couldn’t be stronger than in Plum Products, whose family are as much the owners as they are the product testers!

Having been a playtester for his parents when he was young, the 2nd generation Managing Director Paul Schaffer has a global wealth of experience and the drive to provide the incredible experiences he was afforded by his parents – the Founders of Plum.

Discover the parental trust behind Paul’s transition into the MD role, how his global experience has helped them expand overseas, and the emotional connection that motivates him more than any non-family business could. 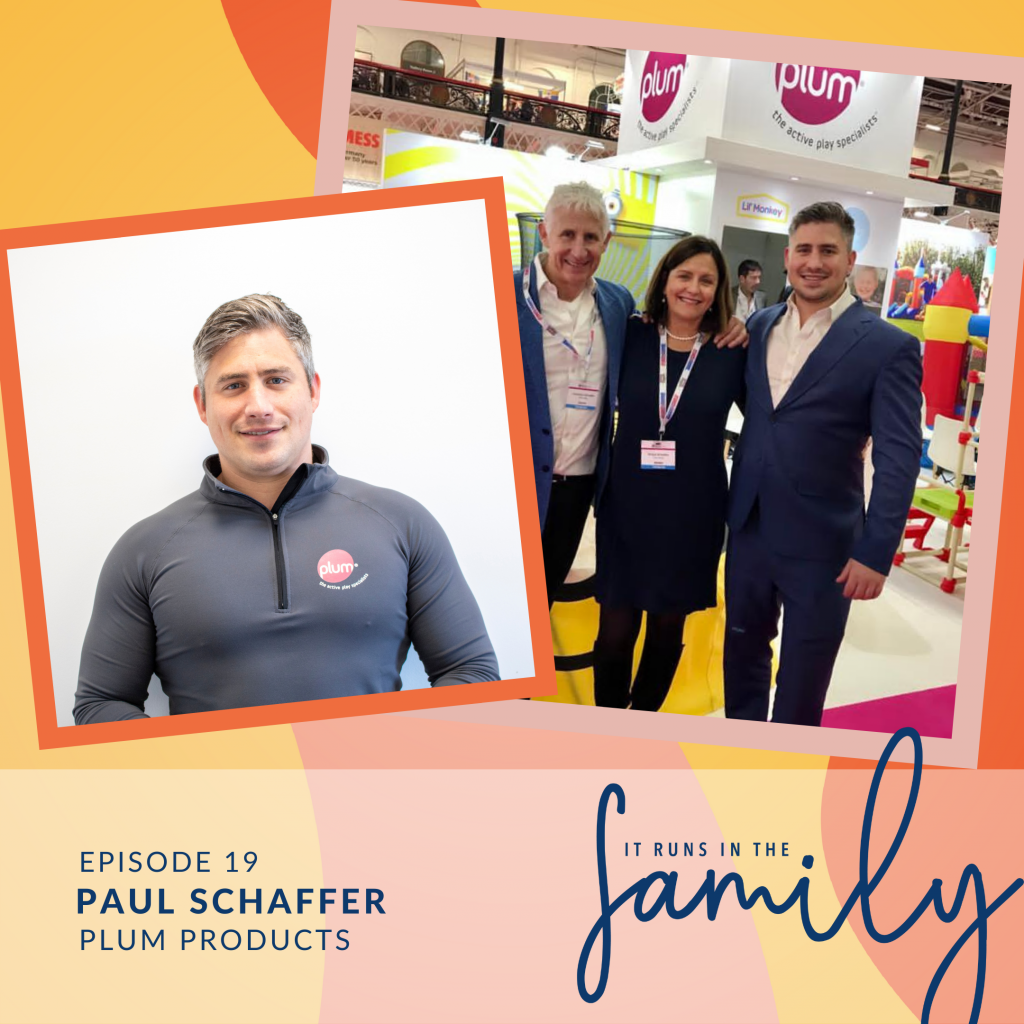 “I remember my dad buying a cup which said ‘1 million sales’ on it. He was saying that he never thought he’d ever reach it. But he just had the gall to buy the cup in advance and have it on the table, saying ‘We’re doing it.’” – 8:05 – Paul Schaffer

“I like to be able to know that you can make a difference. I think that very much comes from the upbringing that I had on that front.” – 14:55 – Paul Schaffer

“A lot of the management team have been in the business for 10+ years so they’re all so used to all the characters in the business and will bleed Plum. We all want the same thing and we’re all driving for the same thing, and I think that alignment brings us all together.” – 16:31 – Paul Schaffer

“We made mistakes as we went into a different country. It was almost like we were a difficult customer for ourselves and also a difficult supplier to ourselves. A lot of those issues in the beginning we managed to fine tune between ourselves, which is great because it’s between ourselves and not with an external party like it is now. We’ve taken a lot of learnings from that Australian business.” – 27:05 – Paul Schaffer

“We realised that actually there was too much risk sitting in just one market. We were developing so many fantastic products that just selling to the UK wasn’t doing it justice. So we really expanded that, and we really didn’t want to have country risk, customer risk, or product risk. We wanted to put our eggs in different baskets because it’s actually de-risking by going international.” – 34:50 – Paul Schaffer

“My parents said ‘If we’re effectively giving you the keys to the biggest thing in the family, we’ve got to trust you. At the end of the day, if you weren’t right for it, we wouldn’t give it to you.’” – 38:50 – Paul Schaffer

“I look at some of the challenges we’ve faced, like the fact I would like to have internationalised sooner and gone harder down that route. At the same time though, having done it, we’ve come out as a business on the other side far stronger, far better, far more exciting.” – 54:15 – Paul Schaffer