For most, this week’s guest on It Runs In The Family truly needs no introduction.

Marco Pierre White – the first Brit and youngest chef to be awarded the full 3 stars from Michelin – has since exceeded the desire for their praise, focusing his efforts on tailoring top class food and atmosphere in his restaurants (and suggesting that Michelin stick to tyres).

Having his eyes set on the trade himself, his son Luciano recently opened Luccio’s in Dorchester, having learned from the best – his father, and fellow 3-star restaurateur Pierre Koffmann.

In this revealing discussion we hear the pride that Marco takes in seeing Luciano forge his own brand, the tough love that moulded his own exceptional standards,
and how to teach lessons that can only be taught through struggle.

● Marco’s intriguing transition from dreams of being a gamekeeper towards food and hospitality
● How a fear of failure has consistently driven Marco’s strides for success
● The way that Marco has taught Luciano to stay creative through a need to struggle
● Investing in the young, and cultivating good talent
● Luciano’s ability to build his own brand, away from his father’s 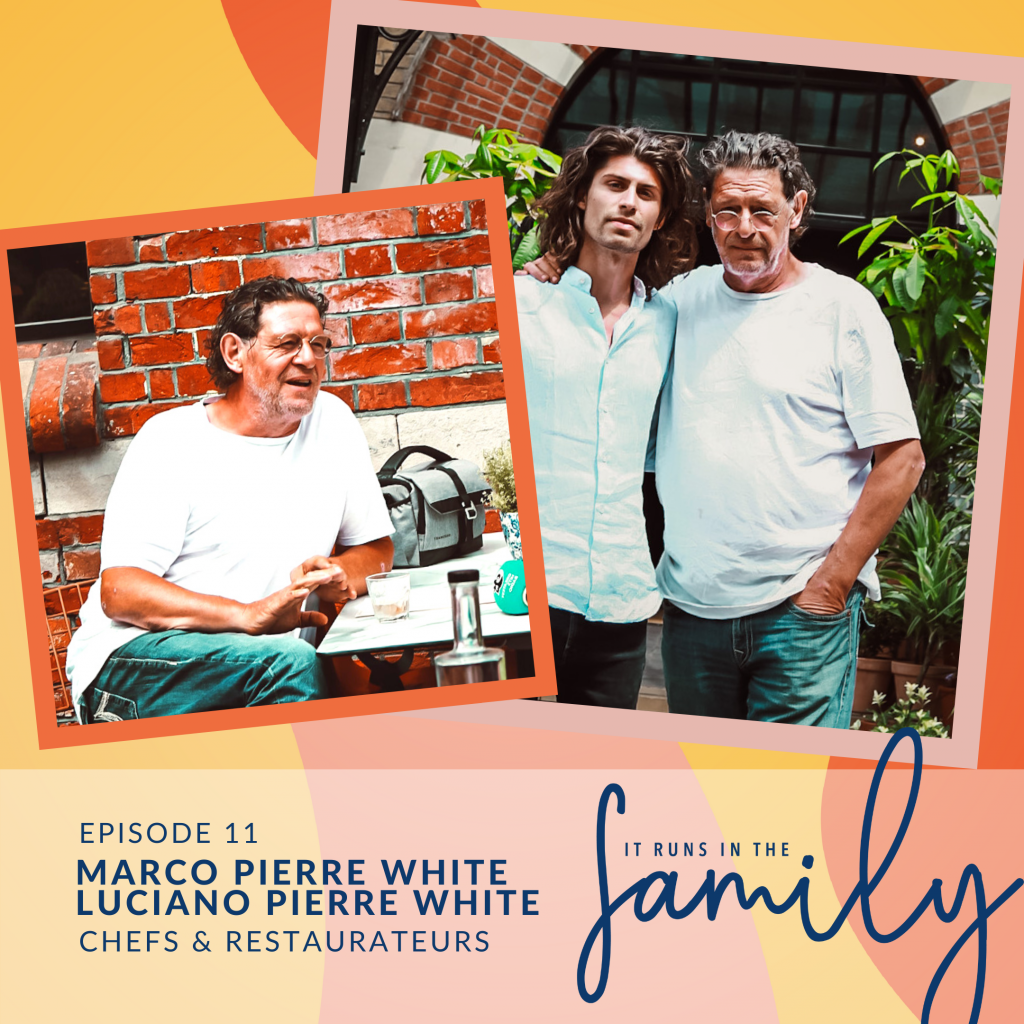 “I was so relieved that I got a job because the last thing I ever wanted to be was a failure in front of my father. Fear of failure has always driven me.” – Marco Pierre
White

“Mr. Lamb, who was like my surrogate power, looked after me, protecting me. When I think back today on the influences of my life, my greatest influence was the Box Tree in Ilkley. And had I not found that book. I’d have just been a cook in a three star hotel banging out chicken kievs.” – 7:30 – Marco Pierre White

“What I do know in life is that success is born out of luck. Luck is being given the opportunity. It’s awareness of mind that takes advantage of the opportunity.” – 8:05 – Marco Pierre White

“I think what’s important in life is to struggle. It really is. Because by struggling in life, you have values. You stay creative.” – 13:10 – Marco Pierre White

“I used to say to my children: if you have a dream, then you have a duty and a responsibility to yourself to make it come true. It’s very important. Vision is when
you see something, but you make it happen. It might be something as simple as a dream, but if you don’t make it happen you’re just a fantasist.” – 16:40 – Marco
Pierre White

“My favourite memory is watching Luciano from a distance in Luccio’s, cooking. That’s what I like most – watching him from a distance doing his job, because
then he isn’t aware of me. If I’m watching, it makes him conscious.” – 18:35 – Marco Pierre White

“My father’s understanding that I have to work with what we have. And that’s the thing I know that some things aren’t his preference. There’s a new area in the
restaurant that I like to change, but he understands it. He supports me in that, even though he might not do it himself.” – 24:25 – Luciano Pierre White