The Government is currently considering whether to stop ‘junk food’ from being promoted by cartoon characters and people are raising the valid point that this *could* be the end of Percy Pigs…. 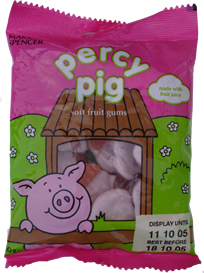