H&M has signed up to join the refresh of the Dolphin Shopping Centre in Poole. The Swedish fashion retailer will take the former BHS unit at the largest covered shopping centre in Dorset occupying 27,000 sq ft over two levels.

Covering some 530,000 sq ft, the Dolphin Shopping Centre has annual footfall of 11m and features over 100 retail, restaurant and leisure brands from independent boutiques to top national names. It is anchored by Marks & Spencer, Primark and Beales department store, as well as popular brands such as River Island, New Look, Next, Boots, Clarks and Pandora. Legal & General bought the scheme in 2013 and has embarked on an 18-month improvement programme that will be completed at the end of 2018. 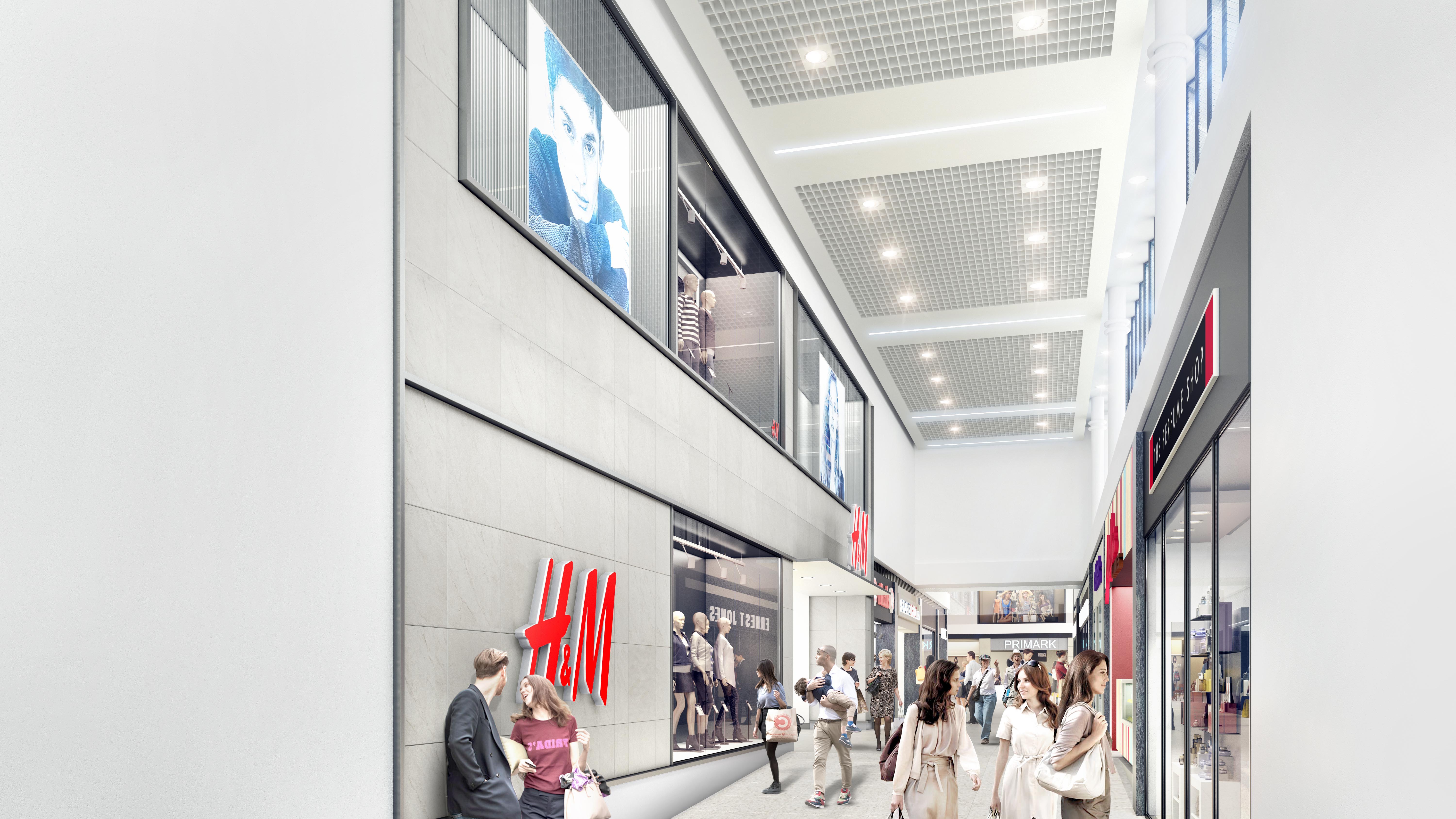 John Grinnell, centre manager at the Dolphin Shopping Centre, said: “Attracting top brands to the centre is really important to secure its position as a significant attraction on the south coast for tourists and residents alike. Combined with the improvement works, we’re determined to significantly improve the facilities to appeal to all our customers.”

Legal & General recently reached agreement with the Borough of Poole in June to restructure the existing headlease arrangements into a single, longer lease unlocking a £26 million programme of investment. The improvement programme will focus on an internal mall refresh,  improvements to the open-air Falkland Square and Kingland Crescent – including work to the public realm and eye-catching shop facades, in addition to a redevelopment of the former Argos building to create a new nine-screen Empire cinema with four restaurants.

Joint leasing agents for the Dolphin Shopping Centre are Colliers International and Lunson Mitchenall. Architect for the improvement programme is TP Bennett.