Catering students from Bournemouth & Poole College were joined by top local head chefs to host a charity dinner which raised more than £2,000 for a children’s charity.

A group of 25 students hosted the six-course dinner in the Escoffier Restaurant at the College’s Lansdowne site on Tuesday, February 6, which was attended by over 60 paying members of staff from hotels and restaurants across Dorset and the public. Funds raised from the event, which totalled £2,200, went to Wave 105’s Cash for Kids charity, which supports local children under the age of 18 who are financially, socially, emotionally or physically disadvantaged. 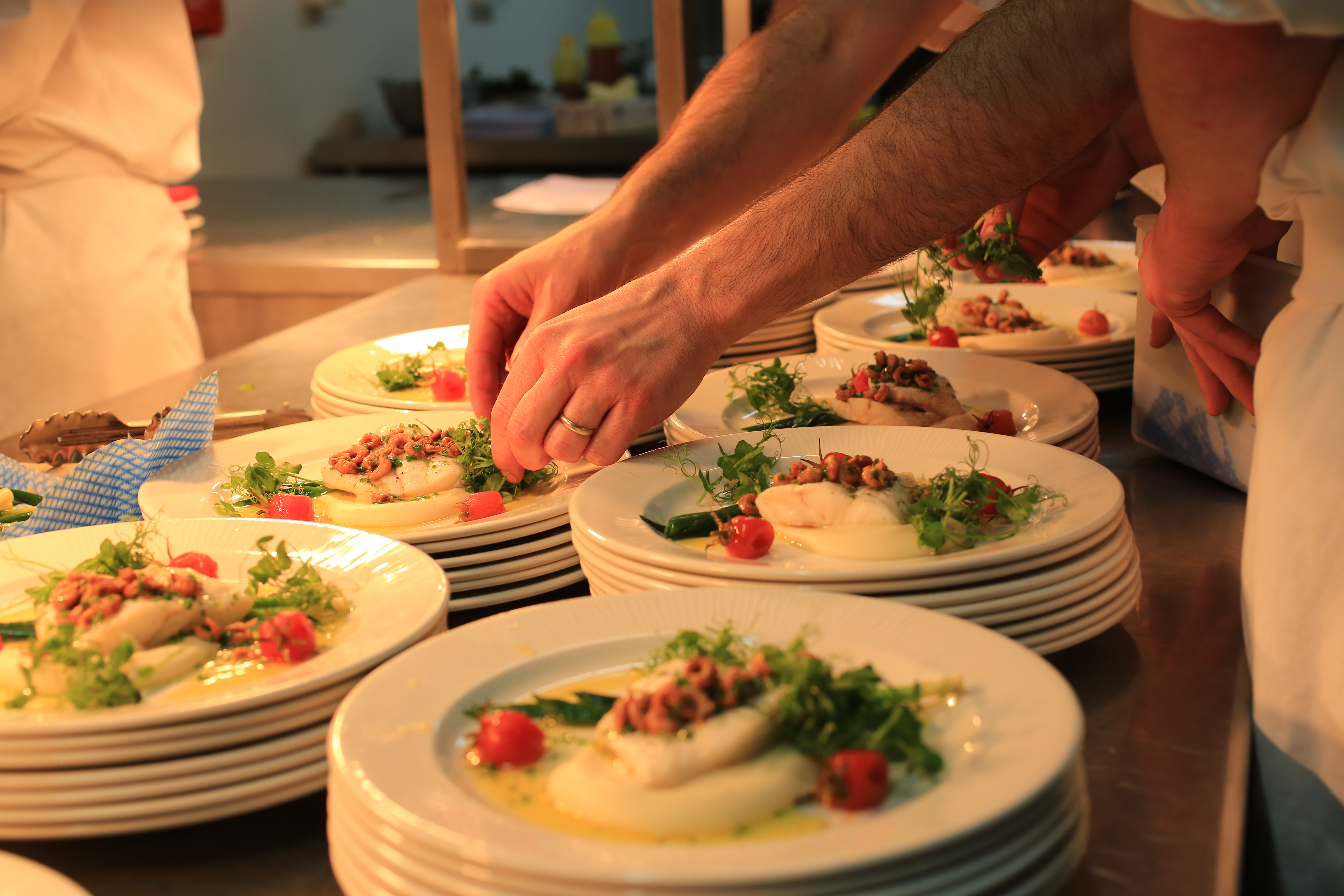 The cost of ingredients for the dishes served to customers was sponsored by suppliers to the restaurants, as well as the restaurants themselves, which allowed all of the proceeds from the event to go to the good cause.

Martin Tarbuck, catering tutor at Bournemouth & Poole College, said: “Guests were treated to a six-course dinner, with each course being produced by one of the guest chefs who showcased one of their own dishes. The students then prepared a range of petit fours and chocolates to serve with coffee.

“Some of them have had the chance to work on similar events in the past. However, to be working with five of the area’s best head chefs in one kitchen at the same time, is a once-in-a-lifetime opportunity and something that I am sure they will never forget.

“We are exceptionally proud of all of the students’ hard work and are extremely grateful to all of the head chefs and their restaurants for giving up their time to pass on some of their skills.”

For more information about The College please visit www.thecollege.co.uk  or call 01202 205205.